What CoolSculpting Can (And Can’t) Do For You

You finally did it. You started a new fitness routine. You changed your diet. You stuck to your plan for the past year. You’re still going with your routine, but you just can’t get rid of that last bit of fat, and it’s driving you crazy.

The best way to get rid of those last bits of fat is a procedure called CoolSculpting, which we which we are proud to have added to our services. But before you make your decision about whether CoolSculpting is right for you, let’s be clear about what CoolSculpting can and can’t do.

What CoolSculpting Can Do For You

A better way to think of CoolSculpting is by its other names: “fat freezing” and cryolipolysis.  Cryolipolysis is a procedure based on the theory that fat cells are more sensitive to cold temperatures than other cells surrounding it.

The theory is based on a medical condition called popiscle panniculitis: a red, swollen area occurring in infants and young children after they have sucked on a popsicle or an ice cube. Simply put, the cause of this (and the reason why adults do not normally have it) is a high concentration of saturated fatty acids, which crystallize after only a slight decrease in temperature. These saturated fats are eventually replaced by unsaturated fats as children become adults.

The theory was eventually put to the test by Dieter Manstein, M.D., and R. Rox Anderson, M.D., who used cooling procedures on pigs. These experiments lead to the development of CoolSculpting as it’s used today.

The procedure involves placing a vacuum device on fat bulges (which you decide on with the help of a doctor), lowering the temperature of the area below normal body temperature, but still higher than the freezing point. The cooling targets and kills only the fat cells in the area. Since the fat cells will freeze much faster than the surrounding cells, you do not have to worry about damage to the surrounding cells or tissue.

Over the next few weeks, your body will eliminate the dead fat cells on its own. The fat will be gone permanently, leaving you much slimmer than before.

If you are familiar with medical weight-loss procedures, you have probably heard of liposuction. Judging by the name, it would seem that both CoolSculpting and liposuction are essentially the same: they both use vacuums to eliminate fat cells.

There are a couple of key differences, however. Liposuction is a surgical procedure, which requires the use of small incisions and an IV fluid to loosen the fat before it can be suctioned away. This means that there are more risks involved— including bruising, changes in skin sensation, damage to inner organs, infection, etc.—as well as a much longer recovery time.  What you get in return is a more aggressive reduction in fat, better contouring, and immediate results.

CoolSculpting, on the other hand, is a non-invasive procedure. A gel pad is placed on the skin to protect it; the vacuum sucks the fatty bulge into a cup, and then cools the area. There is no damage to the skin, muscles, or nerves.

This means that there is minimal downtime (or none at all), and a lower cost (depending on the areas you need to freeze). Though the results typically aren’t as dramatic, there are far fewer risks involved.

Who Is a Good Candidate For CoolSculpting?

As with liposuction, CoolSculpting does not claim to be a substitute for diet and exercise. The procedure is a cosmetic procedure: it is not meant to treat the negative effects of fat cells in other parts of your body, nor is it meant to help you lose weight.

It works best for people who are following a healthy routine involving proper diet and exercise, and want to remove stubborn fat that their regimen won’t eliminate.

Get Rid of Your Stubborn Fat Today

Beverly Hills Plastic Surgery, Inc. (BHPS) is the premier plastic and cosmetic surgery practice led by Dr. Gabriel Chiu. Dr. Chiu has helped BHPS become one of the most well-received practices in the nation, and is himself a renowned plastic surgeon who has received numerous Patients’ Choice Awards.

BHPS prides itself on providing natural, minimally invasive procedures to enhance your beauty, confidence, and quality of life. Schedule a consultation with Dr. Gabriel Chiu today to learn more about what CoolSculpting can do for you. 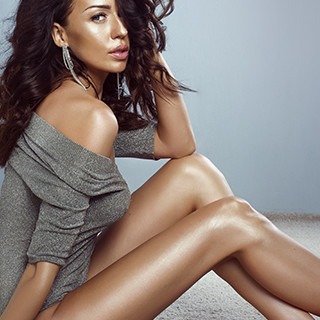 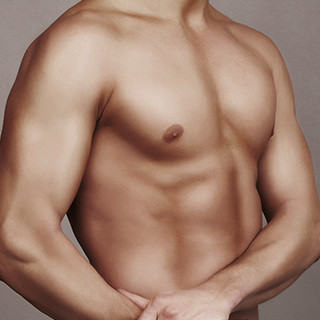 We're eager to answer your questions, assist in scheduling your consultation, and help you on your journey to achieving your aesthetic goals.